The One Moto Show

If you’ve ever been to Portland, Oregon then I’m sure you’ll agree that it is home to one of the most eclectic and cool motorcycle cultures on the west coast. This past weekend I got the opportunity to travel to Portland with the Roland Sands Design team and attend The One Moto - a motorcycle show brought to fruition by Thor ———- and his team at See See Motorcycles.

This last weekend also hosted the 2019 RSD Super Hooligan races via The One Pro - the fastest and heaviest bikes on the fastest indoor track with the some of the greatest racers in the world. The Super Hooligans definitely brought their A-game to the track and gave the audiences some of the craziest racing seen yet to date.

In all of it’s glory, Super Hooligan racing is notorious for being filled with passion, concussions and the occasional broken bone; however the launch of the 2019 series proved to be all of that and so much more. As the races began, fowl play broke out between the racers, RSD’s Jordan Graham took matters into his own hands after being pushed wide by another rider who chose to use his feet to kick his way to glory rather than submit to being passed around the outside. As any hooligan will tell you, kick me once and we got a problem, kick me twice and well settle it on the infield, which is where the drama continued. Fortunately cooler heads prevailed and the unwritten rule of Hooligan racing “If your gonna fight, do it on the track” was fully played. Unfortunately for Mr. Graham his temper also lost him championship points as he was parked for the remainder of the night.

After that fiasco, the fires were well-stoked and the competition proceeded to get more intense. Out of nowhere, we see Frankie Garcia (#24x) off his bike and on the ground and unable to finish the race, followed by Randy Bereman (#5) being escorted off the track due to a broken leg, and then Nathon Verdugo (#214) heading to the center field due to a concussion. Super Hooligan racing is rad and looks cool, but it sure as hell isn’t a sport for softies. Thankfully all of the racers were able to make it out aware that they were in Portland. 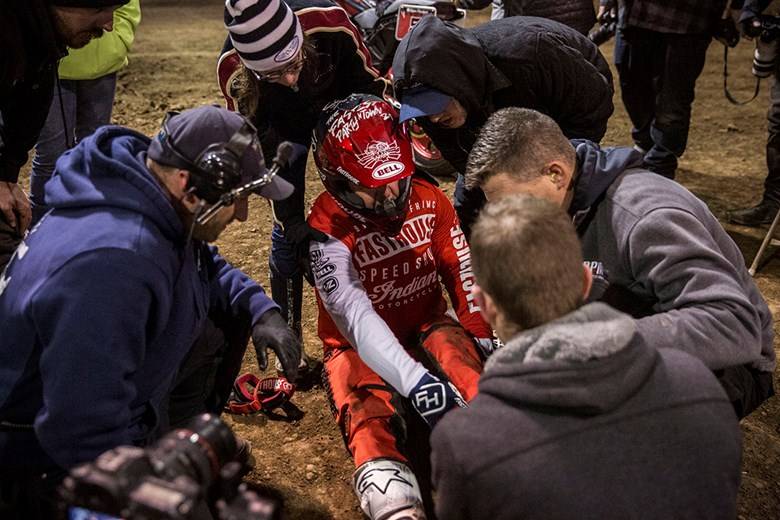 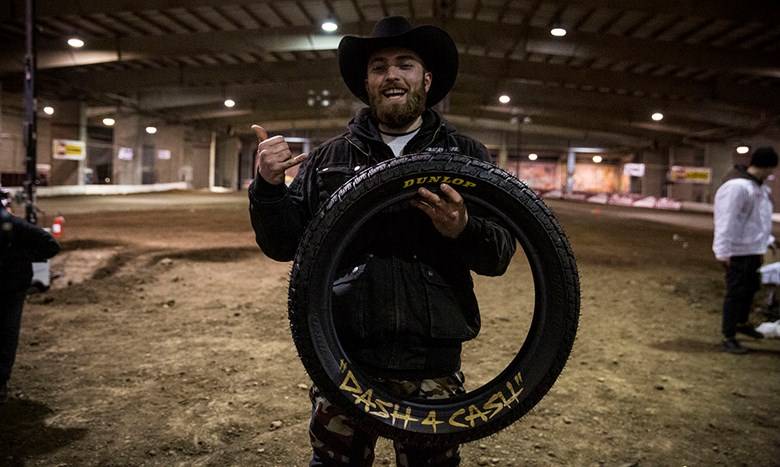 On the flip side of all the buffoonery, there were smiles shared during the races. Joe Kopp (#3) ended up taking first in the Super Hooligan races, Andy DiBrino (#1) snatched 2nd place and Chris McDougal (#114) help onto 3rd place and won the K&N Filters hole shot award. Last but not least, Jordan Barber (27) got a big win and cashed in on the Dunlop Motorcycle Tires dash for cash. And how could we forget the Gambler 500 Mini Bike Race? Well those fun-seekers put their twowheel builds to the track and went full-send, gambler style. 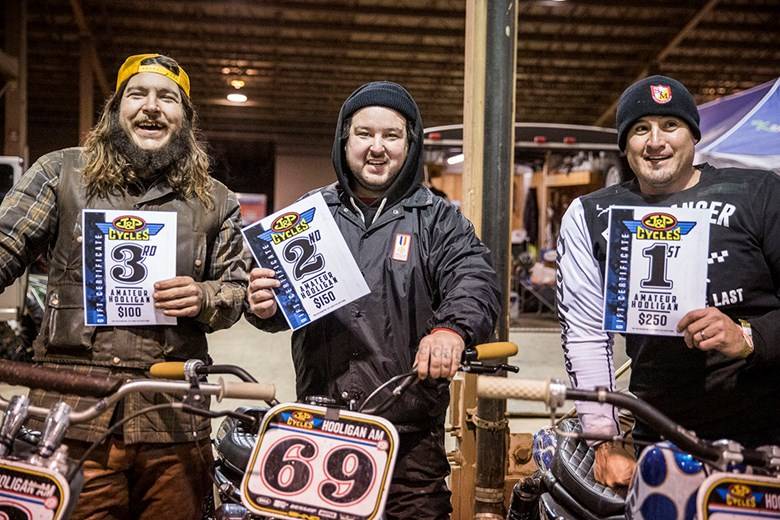 The first round of the J&P Cycles Hooligan Amateur Series made it's introduction. This is the heart of Hooligan racing and it was awesome seeing such a diversity of riders on the track. Congrats to Rich Silva for taking first, Dougie Darrah for snatching second and Dan Hardick taking 3rd. Each recieved gift cards courtesty of J&P to make sure they can get the parts they need to keep them racing!

Without a doubt The One Moto definitely takes the cake for hosting one of the greatest shows on planet earth.

The show successfully celebrated its 10th annual event this last weekend I think that in itself is incredibly special…. For what started as a crazy idea ten years ago has since manifested into an iconic event that has thrived for over a decade. Not many motorcycle events out there have shared the same success. And even in the heart of winter, challenged by the cold and erratic Portland weather, the See See Motorcycle team put their heart and soul into the success of the show and it didn’t go unnoticed. Three days full of all things motorcycle - in addition to live music, a mini bike build off, races, vendors and so much more - the One Show packed the heat and proved once again that when there is passion in one’s work, there is success. 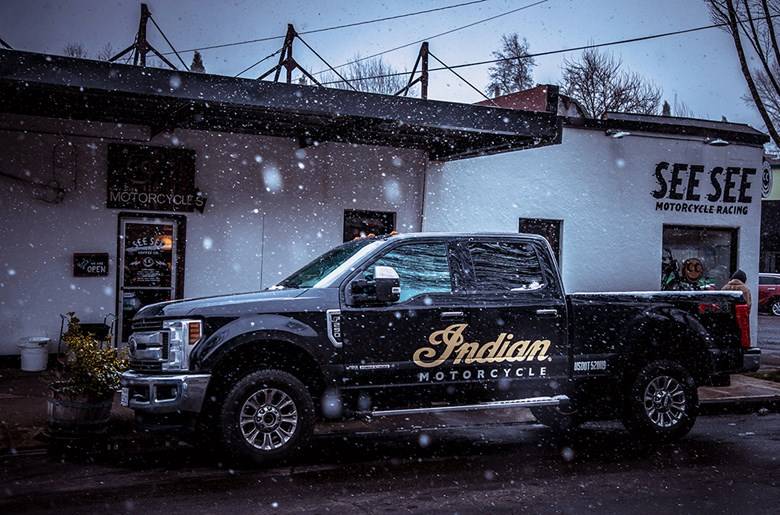 With the support of Indian Motorcycles and its other sponsors, The One Moto certainly set the stage for the 2019 year. And with the support of over 200 custom, classic, concept and unique motorcycles from all over the world, you can bet that this show will be the talk of the town for years to come. Focused on supporting a larger audience and all things awesome, the See See Motorcycle crew is already planning ahead for their 11th go at The One Moto show in 2020, and we can’t wait to see what they come up with. 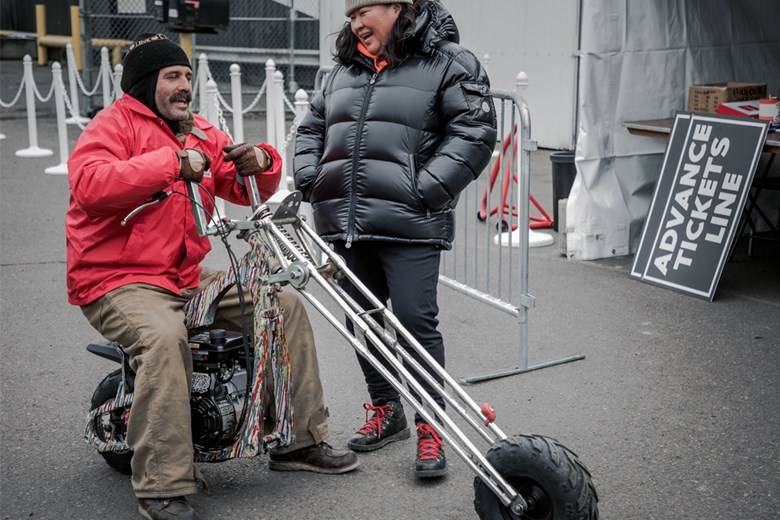 Here we go again... It's time for Round 1 of the Super Hooligan National Championship Series at Salem Fairgrounds. The racing will be located at the fastest indoor track in all of the United States, which is guaranteed to be full of great spills, chills & racing thrills! The Super Hooligan Round 1 spectacle will be part of The One Pro Flat track race meet coinciding with The One Bike Show as part of their 10 year celebration. 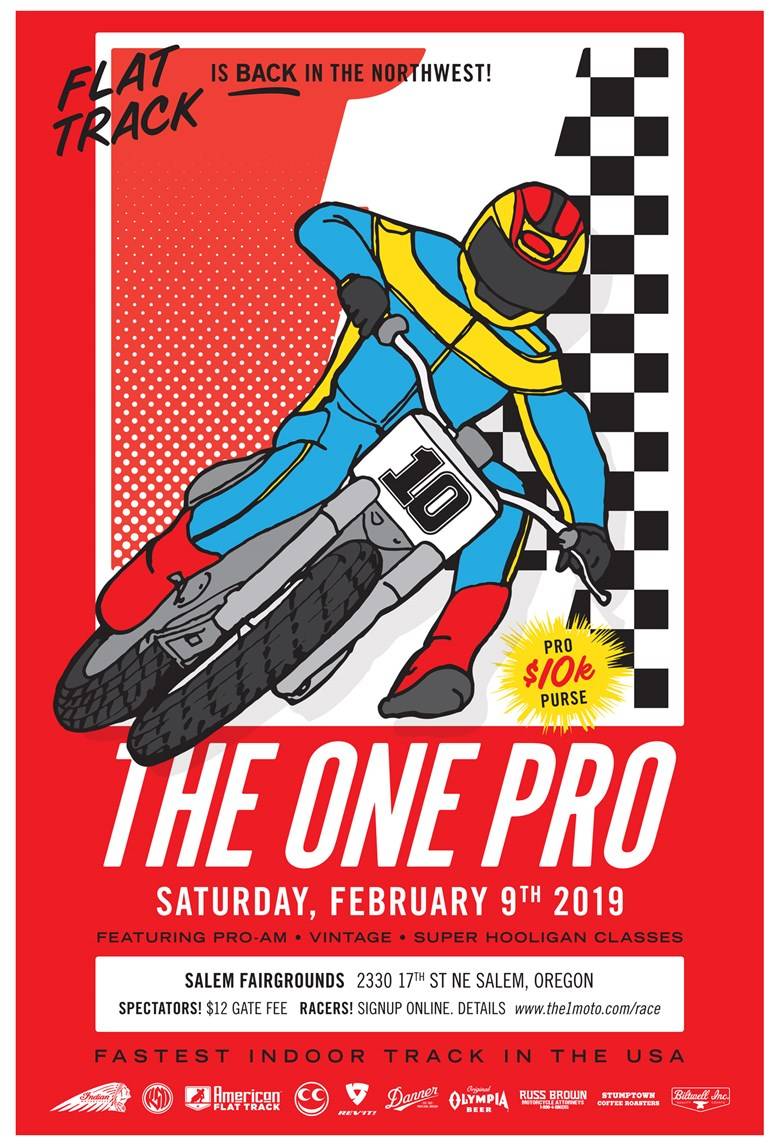 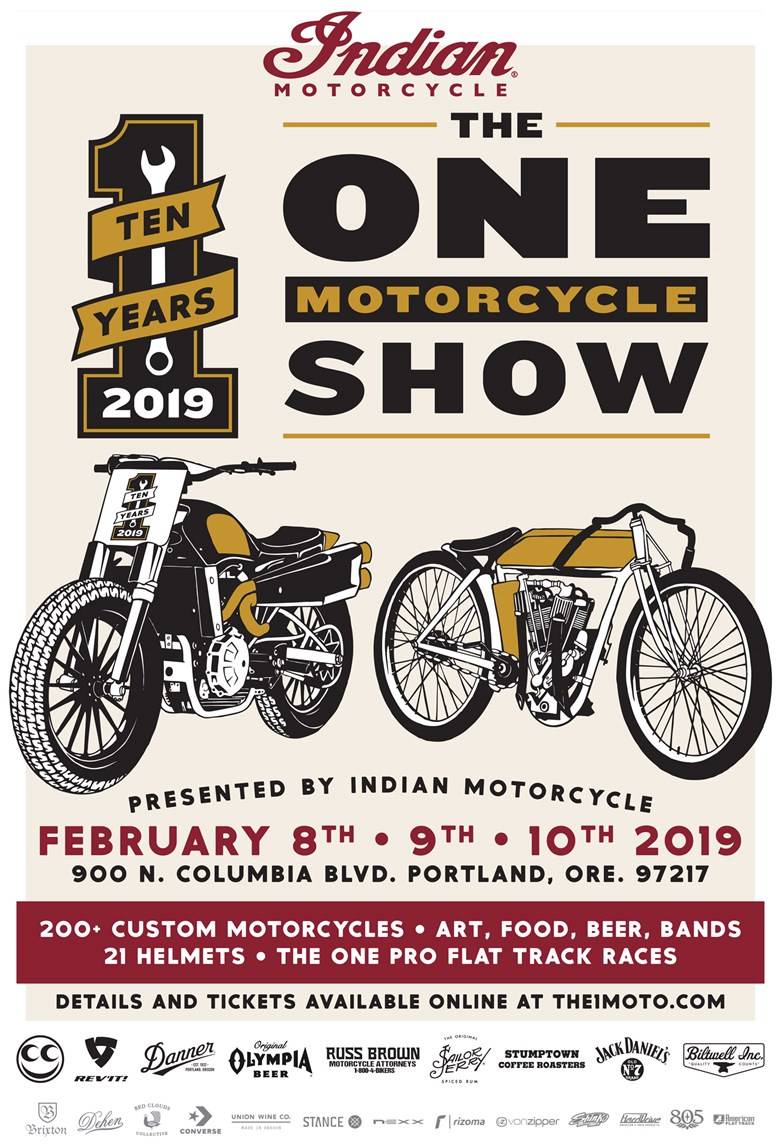