In 1936 the founder of the Jackpine Gypsies motorcycle club Clarence "Pappy" Hoel purchased an Indian franchise in Sturgis SD, two years later a small group of Indian riders threw an event called the "Black Hills Classic" it consisted of one race and a small audience. The Black Hills Classic is credited as the start of what has come to be known as the Sturgis Rally (or just "Rally" if you're a local). Initially, the Rally focused on only racing and stunts. By 1976 word of this small town in South Dakota that becomes a two wheeled utopia for a week in August had spread. Over 18,000 visitors attended the 76 "Classic," and the modern-day Sturgis Rally starts to emerge. By 1980 attendance had more than doubled much to the delight of local merchants and to the dismay of local authorities who weren't too keen on illegal bonfires, public drunkenness, nudity, and fights taking place in the city park. In 81 the Rally was almost entirely abolished with the Mayor stating he'd like to "get the riff-raff out of town." A welcoming place was needed if the Rally were to survive. The Buffalo Chip is born 4 miles out of town.

Much like the Buffalo Chip the Super Hooligans series has become a welcoming haven for the "riff-raff" of the racing community. Fewer rules, more excitement. A tight-knit band of brother and sister's intent on keeping the essence of motorcycle competition alive and well in our modern PC era. Yeah, we sometimes bicker amongst ourselves, but at the end of the day, we can all crack a White Claw, shake hands and race another day. Don't be surprised when the Super Hooligans show up and you get what you pay for.

@jason_griffin_racing from Easley, South Carolina lost his arm in a lawn mower accident at 2 years old. The following year Jason received his first motorcycle and has be riding ever since. Jason has raced the Pro Singles class in American Flat Track and jumped at the opportunity to race a hooligan bike. A quick swap of the throttle from the left to the right and Jason was out sliding and banging bars with the gnarliest hooligans in the country.

A wins a win. New addition to the Super Hooligan series Frank Garcia celebrates a heat race victory earning himself a spot in the semi’s

True Hooligan s%*t is still alive in the J&P Cycles Hooligan AM class. Get you a street bike with dirt tires, a helmet and some gloves and go show them boys what true heart looks like.

Run What Ya Brung. Mikey Virus @mikeyvirus_963 road his 2018 Harley Davidson Softail Fatbob 3000 miles from LA to Sturgis, raced it in the Heathen class and then rode it back home. Make excuses or make memories, the choice is yours.

@mz.pietz sits pretty while @dangerdanimal lives up to his name sake

Fresh from his X Games Gold medal victory in Minneapolis to stretching throttle cables on his RSD prepped Indian FTR 1200. A confident @tylerbereman is a dangerous Tyler Bereman

Style clinics were being hosted by the professors @j_graham and @frankiegarcia214 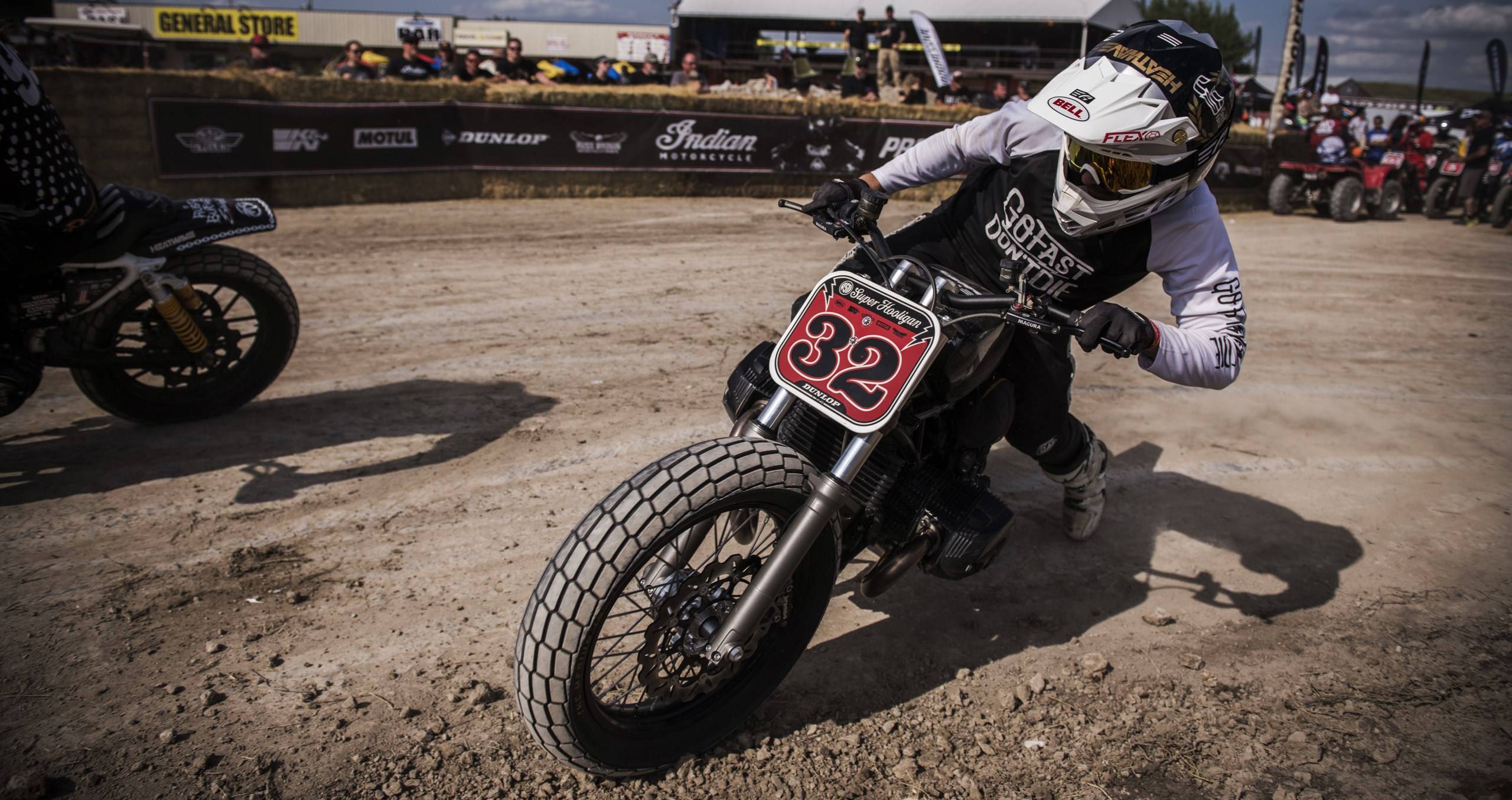 Brittney Olsen @20thcenturyracing manages an antique motorcycle racing series. She also manages to get around a TT course on a tank shift Harley that’s older than your grandfather pretty damn quick!

The @super73 Electric bike race has become a fan and racers favorite. Stay tuned to see how you can get in on the action at our last two races.

Were you one of the lucky ones that was able to snag a commemorative @progressivemc x @superhooligans Buffalo Chip TT shirt?

Thank you to all the Super Hooligans that made it out, put on a fantastic show and made the 2019 SHNC TT at the Buffalo Chip an experience to remember.

Round 7 of the SHNC kicks off on Wednesday August 7th at the world famous Buffalo Chip. This will be a TT course similar to last years track. Front brakes are allowed.

Registration Fees: (All Super Hooligan and Hooligan Amateur racers must have a current AMA membership to be eligible to race)
$75 per class. The registration includes a pass for the racer to stay at the Chip (Snoop Dogg plays on the main stage at 10:00pm) after the race ends. If the racer has a crew member or friend that wants to stay at the chip after the race they will need to buy an additional pass at a discounted rate. The Link to the additional pass is on the registration site. The registration site is not the best to navigate, again contact the Chip or Ed at the number above.

SHNC number plates
PLEASE BRING YOUR ORIGINAL 2019 SHNC NUMBER PLATES!
If you were issued another number at a race because you forgot your original number please bring the 2nd number as I am running out of numbers for the year.

If this will be your first time racing with us this year you may not get your desired number you entered on the registration link. 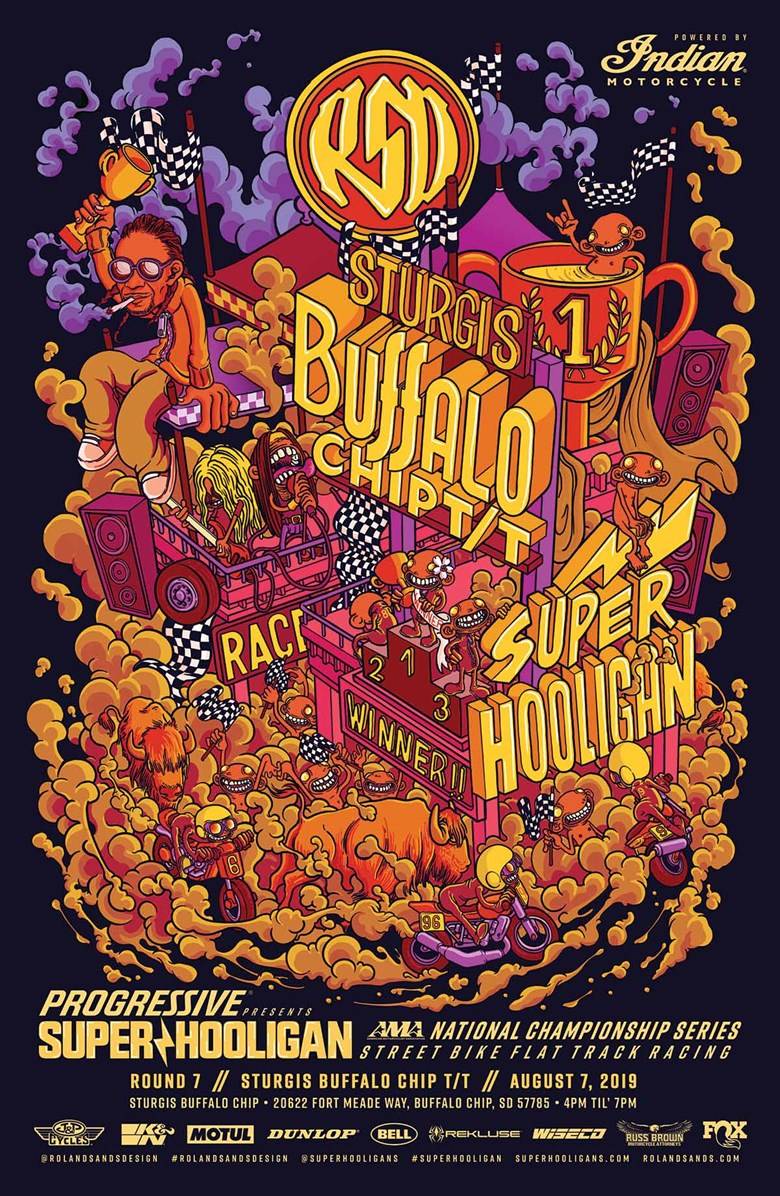