Now in its 7th Year as Shaw Speed & Custom, the custom wing of UK Based Dealer Shaw Harley-Davidson has shown their latest Scrambler inspired build- Miller Time. Miller Time is another example of the trend that the team touched on in 2011 with their bike XLST3. Back then the Harley-Davidson dealership was still finding its place in the custom market despite winning the World Championship title at Sturgis in 2010 with their iconic bike Strike True II.

Now 5 years later, the trend and style of these dirt inspired machines is still strong and much inquired about. Miller Time is a salute to the original bike that came third in the European Champs back in 2011, which was followed by another build for a client in Paris in 2012 called the XLZT3. Our latest build is Miller Time, which is part of the XLST3 trilogy, and another example of what can be done with a yes "no expense spared" attitude. This build showcases the ability of a bike that has had the ultimate makeover, where the bike still holds its true identity in its DNA; with no modifications to the original geometry of the Sportster chassis, cosmetic detailing and frame work, relocation of components and general tidying up from the original.

The bike is of course inspired and motivated from the passion of dirt, motocross and adventure. It by no means is a bike built to go out and hit the mud and dirt, more so to own and enjoy on the roads. The donor bike for the build was a Harley-Davidson XL1200CA, stripped down to the frame, and then prepared with a fabricated rear end, chopped fender rails, a loop to hold the rear fender and mirror the original bike’s rear lights and stop/turn signals. A Roland Sands super rare gas tank was used on the build to compliment the look and hold true to the silhouette of the bike. A set of Öhlins was utilized in both the front and rear along with first time used Michelin Tires. 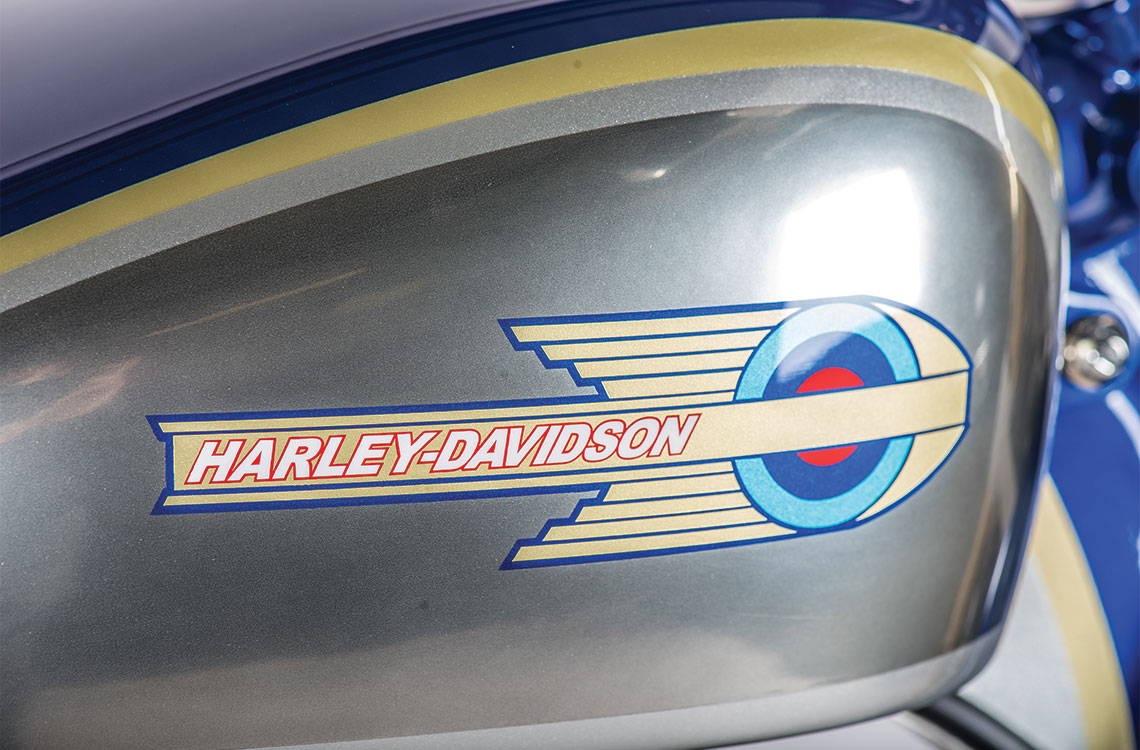 The team wanted to use the profile rims again with what they call "Rim Art". Both the XLST3 and XLZT3 went with this fashion to achieve a high end look for the project. The Harley-Davidson rims are bought in chrome only so they had to be stripped, and the spoke nipple holes had to be enlarged and countersunk for the new alloy nipples, then painted and built. Everything on a Speed Shop project is basically and commonly "remade" to give their super clean and recognizable style. The motorcycle was displayed at EICMA in Milan at the Öhlins booth and gained a lot of attention.