How do you transform Indian’s recently released factory street tracker, the FTR 1200, into a track-ready dirt-spewing race bike? You turn to the king of road bikes on the flat track, the super hooligan himself, Roland Sands.

Inspired by the FTR750, which has dominated the American Flat Track Twins class since its release, the FTR 1200 was developed for the street, yet it evokes a certain emotional response all race enthusiasts can identify with. Finally a legitimate production street tracker is well within grasp for consumers. It hits the nail on the proverbial head in terms of styling, and the specs say it has the performance to back it up. And the $12,999 to $14,999 price point is very attainable for consumers.

A proper chassis with steel trellis frame, quality suspension, stylish 19-inch front and 18-inch rear wheels, and DOT dirt-track-style tires all come equipped on the factory FTR 1200. Out of the gate, the bike has the chops to snatch the checkered flag come run-what-you-brung speedway weekend. But it has so much more potential.

Photos above taken by Jeff Allen

No stranger to podiums, Roland Sands Design wanted more out of the stock Indian Scouts it had previously converted into hooligan racers. RSD morphed the Indian Scout platform to unparalleled levels in creating race-ready motorcycles, but things change. Time begets improvements. And now that the FTR 1200 is out, RSD is moving forward in sync.

Because the FTR 1200 is already faster than the Scout, the RSD team had to adjust its approach to make just the right tweaks to handle the added ponies (120 hp stock, to be exact), and maybe even “de-tune” the bike to perform more adequately around the oval tracks. 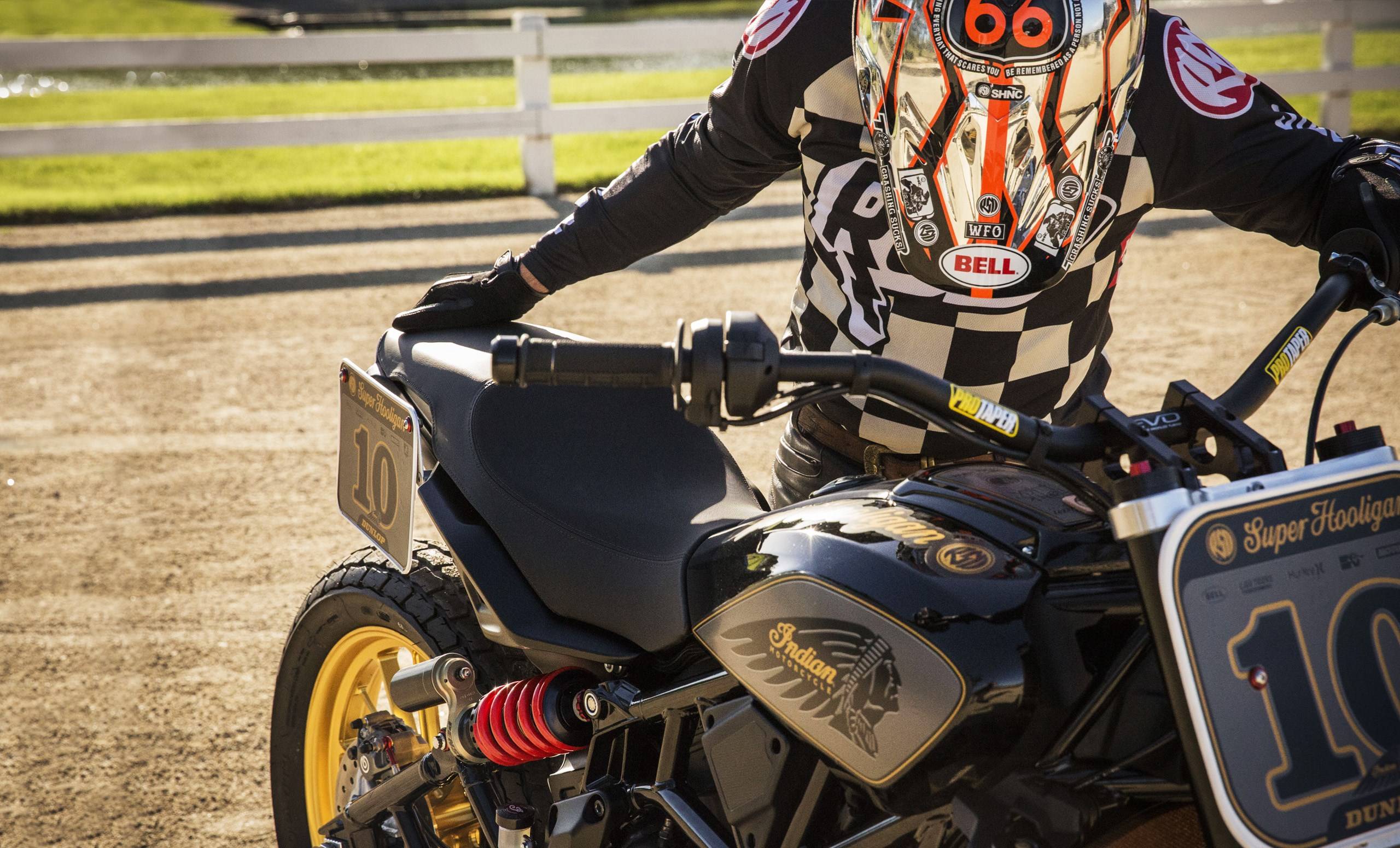 “The one thing that we started out with was the offset triple clamps, and doing the adjustable triple so we could modify as we tried to nail the proper geometry. The offset gave us a lot more steering. More lock-to-lock means that if you do get the thing out of shape, it isn’t going to hit the lock and spit you over the top, which is really important with this bike,” Roland says. 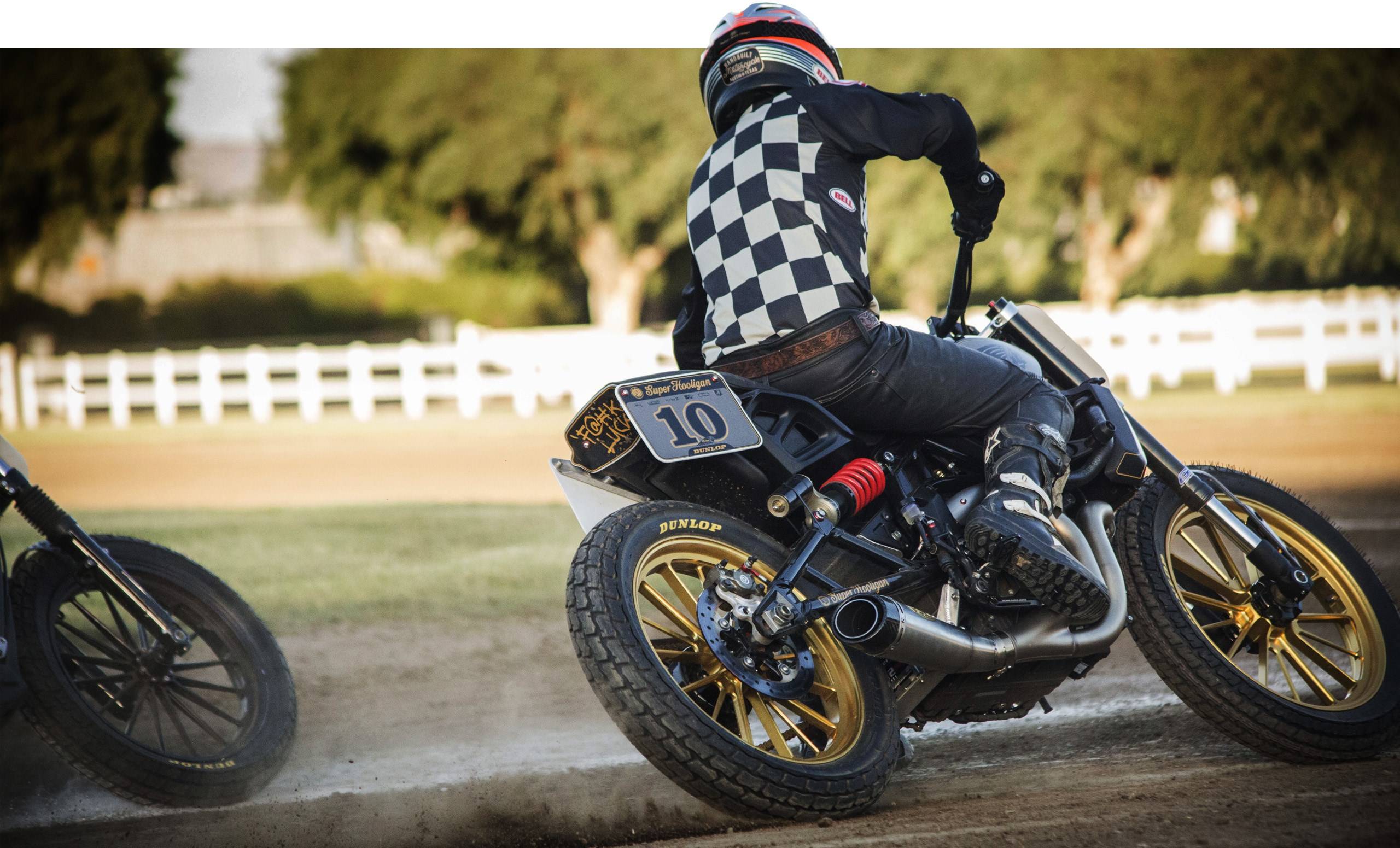 One of RSD’S priorities was weight reduction, as well as an overall balanced feel. According to our calculations, RSD shaved 53 pounds off the factory bike with an overall running weight of 456.

“We relocated the battery from behind the front tire to in front of the rear tire. It really opened up the front of the bike and redistributed weight to the rear. When we moved the battery, we needed to keep the regulator, rectifier, starters, and fuses up front, so we made a new panel to carry those parts,” Cameron says.

RSD also removed the oil cooler. “It kind of seems backward for racing, but the oil cooler is really made for getting a long life out of your motor,” Cameron says. But for the average consumer who’s looking for a flawless 50,000-plus, you’ll probably want to leave the oil cooler on the bike. For doing short stints, he says, it’s just fine. “Our races are between two and four minutes. We come out, there’s plenty of cooling in the radiator to keep the motor oil cool enough, but if you’re on a long ride across the desert and it’s 125 degrees and you’re out there for eight hours, yeah, you probably want to keep the oil cooler on,” Cameron says, laughing.

So how do you build your own RSD Indian FTR 1200? The good news is that RSD and Indian are collaborating on a complete line of accessories, available directly from Indian dealerships in 2019. While specifics are still being sorted out, you can most likely expect brake pedals, shift levers, engine cover packages, crash sliders, bar ends, grips, ignition cover plugs, and all kinds of other billet accessories. Look for a new set of Rsd/indian collab wheels in factory FTR 1200 sizes (19-by-3-inch front, 18-by-4.25-inch rear) too. Seeing how many wheels RSD has developed over the years, Cameron is especially excited about these. “They’re probably the raddest wheels we’ve ever built. Everyone’s super excited about them, and we’ve designed a lot of wheels.” Cameron says. 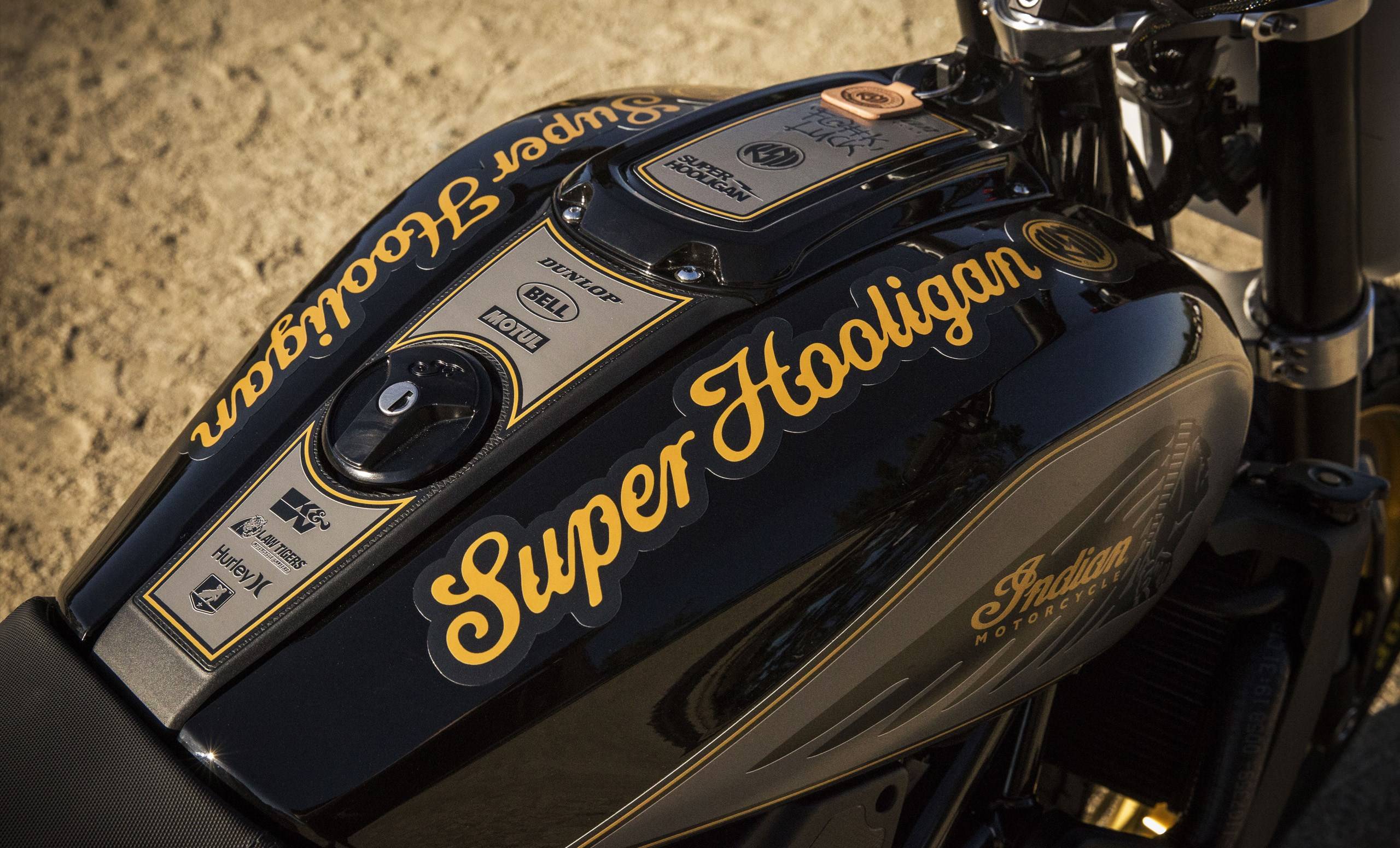 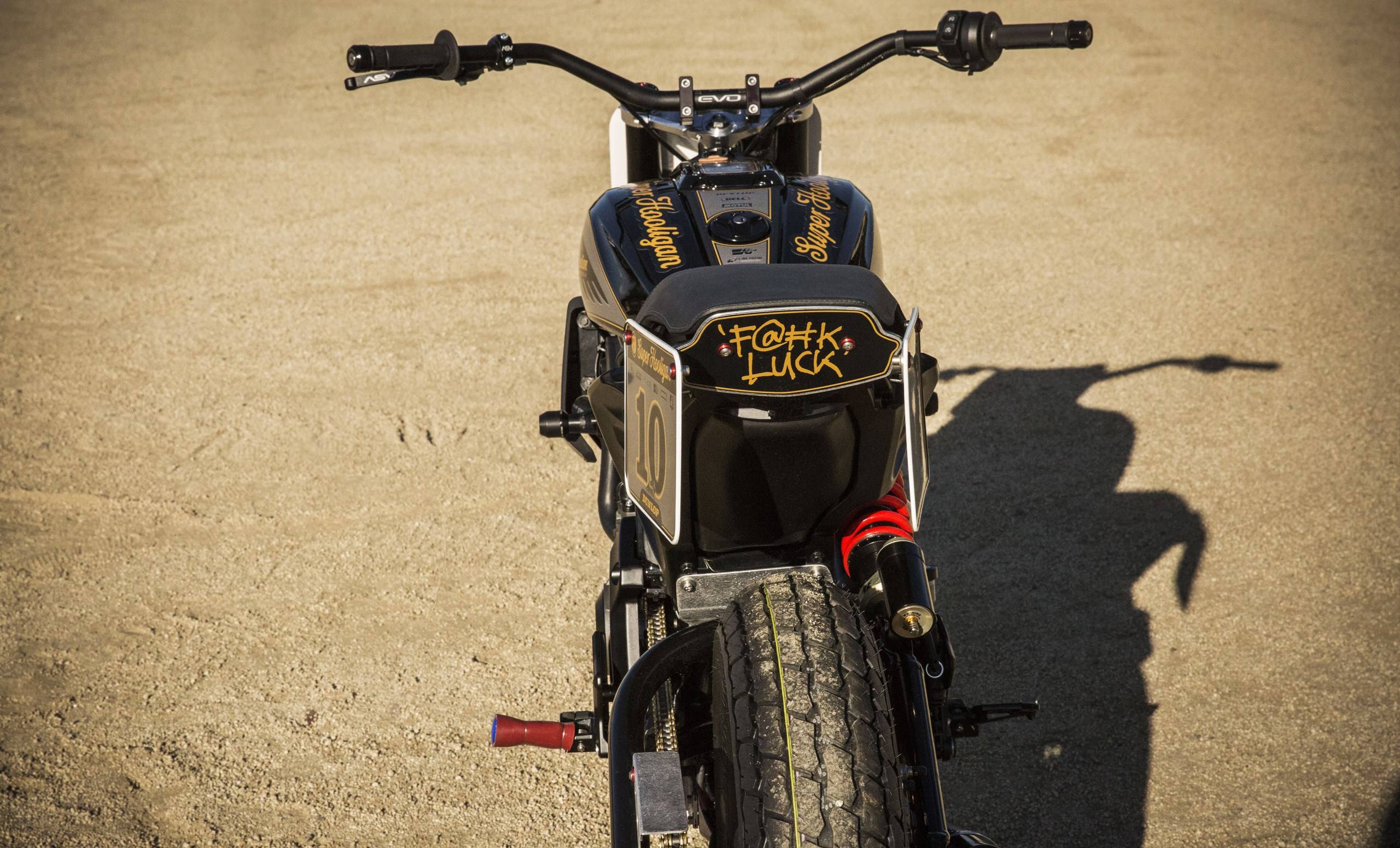 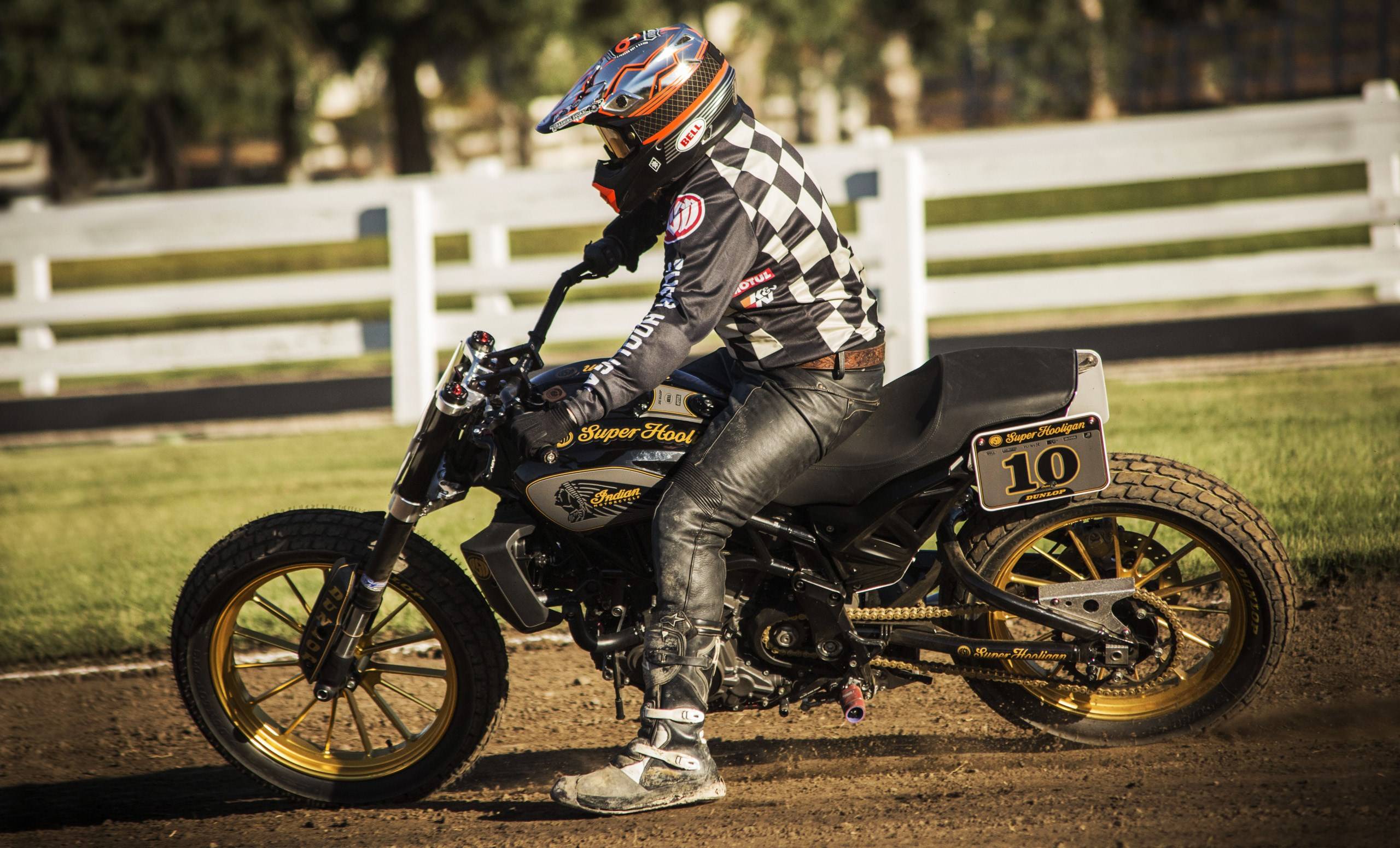 “This [bike] is making a lot of dreams come true for a lot of people because the FTR750 isn’t street legal, they’re $50,000, they’re sold out, and they’re all on the race track,” Cameron says. “I mean, street trackers are the raddest bikes to ride. Your bars are upright, top-mounted right in front of you, your feet are right underneath you, they’re not hung out forward. You have ultimate control of the motorcycle with a street tracker type of setup.” 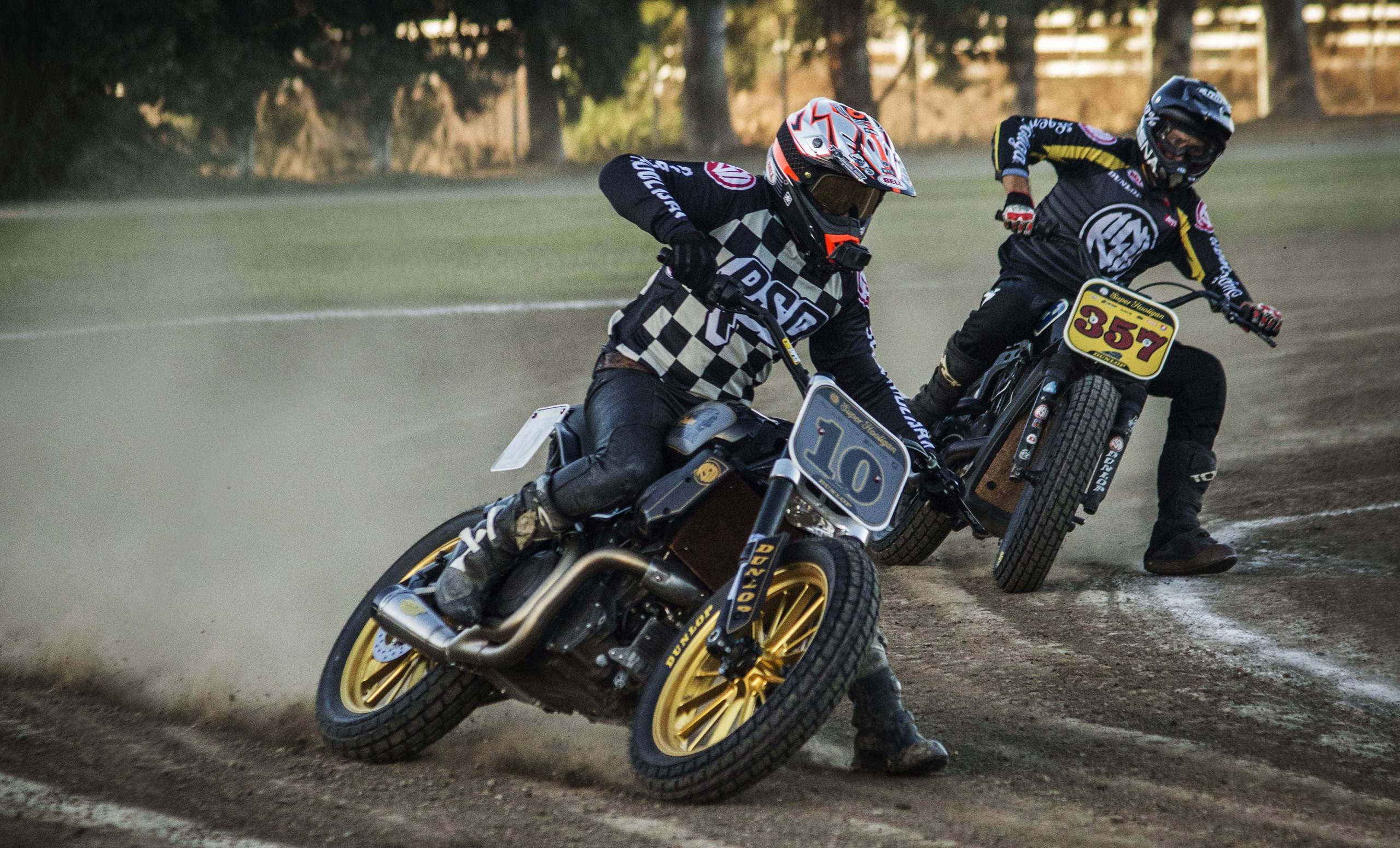 Trackers (dirt or street) have long been a part of the Hot Bike fabric. There’s something so inherently cool about motorcycles that go against the grain of conventional wisdom. It will be interesting to see the crop of FTR 1200 customs that starts popping up when the motorcycles hit dealership floors in 2019. Hopefully RSD’S latest brainchild gets you pumped to build your own. Keep us posted. More photos HERE
Subscribe HERE to Hot Bike magazine 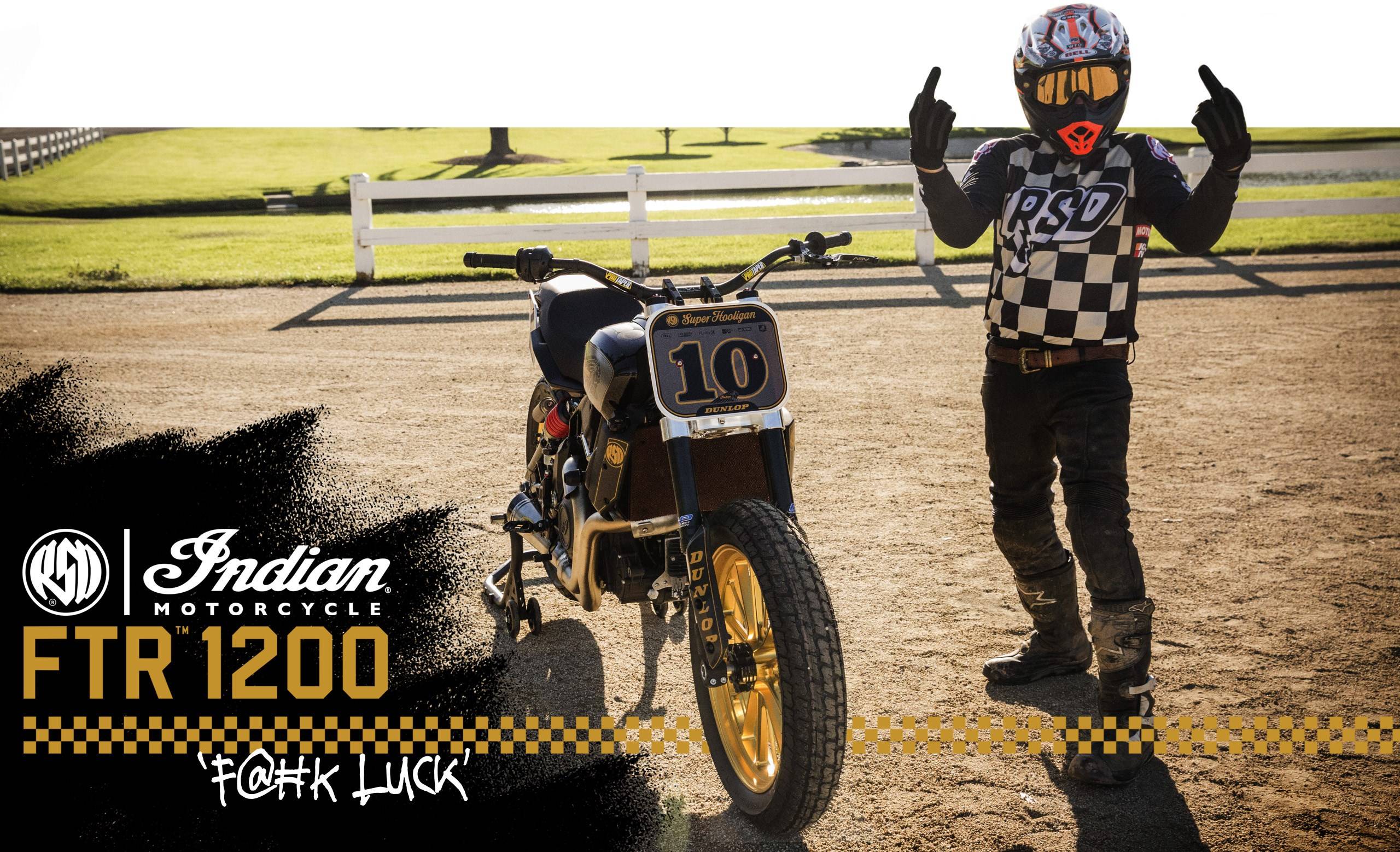